Glints of light in our governance gloom 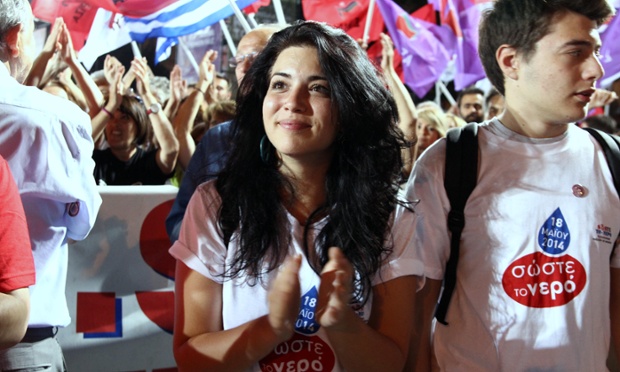 Paul Mason is one of the few regular journalists I make a point of watching out for. He does a neat summary of the state of alternative politics in Greece and elsewhere in a comment piece featured in today’s Guardian edition.

It’s certainly worth a read, and a comment if you’re so inclined.
This was my response:

Good work, as always, from Paul Mason though he doesn’t take the question far enough in IMHO.The last paragraph is the important one:

“…we will know that a real new left has emerged when we begin to see its thinkers prioritise the redesign of institutions inherited from the 20th century, and the invention of new ones centred on the self, identity and structured to survive incessant change.”

I’m not that interested in terms such as “left” or “right”, they’re too exclusive for a planet of human beings.

I do totally agree that thinkers everywhere need to focus on radically redesigning institutions, not just those of the 20th century but all the way back to the 18th – when James Madison and friends emasculated notions of “democracy” to mean something very different from power in the hands of the people.

Funny that we should be coming full circle back to the Greeks, who invented the term and other governance variants such as oligarchy, aristocracy, monarchy and kleptocracy.

Their city states were undoubtedly bastions of the elite – women, the poor, the slaves and the foreign were not allowed any part in the governance system.

Nevertheless, those same elites had some cracking ideas about the dangers of elections – doomed to favour the rich, the beautiful and the most educated as opposed to the best governors or governance system – and some remedies in the form of lottery/sortition to choose political representatives at random from the eligible populous.

People are working on these ideas today – experimenting with governance systems that go way beyond elections. Syriza and friends are in the vanguard but they are not alone.

This is an all-too-rare place of hope