Talking about democracy – an interview from the frontline 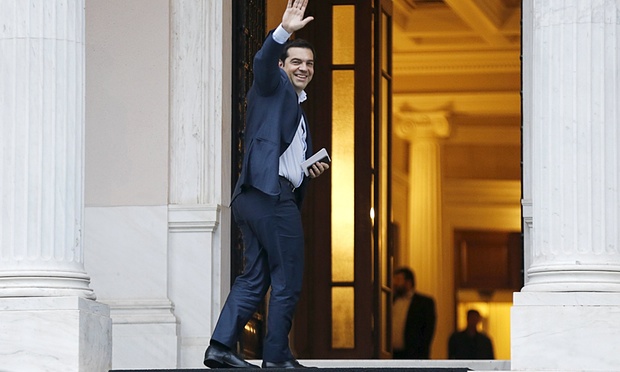 It’s easy to rail about the failures of our governance systems – the unfairness of elections, the unaccountable behaviour of our governments or the grotesque abuse of democracy unfolding with Greece’s fiscal evisceration by fellow eurozone governments, the European Commission and the IMF.

These sorts of failures increasingly bumped up against my conventional understanding of politics when I worked as a salaried reporter up until 2005. To whom our governors are accountable was the question I found myself asking more and more – yet I struggled to find a satisfactory answer beyond the facile.

Fraudcast News was the fruit of my search for a response – writing the book allowed me to debunk my illusion that we live in anything approaching democracies as the term was originally defined – namely government by the people. I concluded the book with a pledge to explore alternatives to our many governance failures, using citizen journalism as a tool and tackling every level from local to global. That process has meant looking out for others who might be doing the same.

One such gem I discovered recently is Adam Cronkright, co-founder of the Bolivia-based Democracy In Practice.  He fell out of love with existing versions of democracy along a route that included Occupy Wall Street. His organisation majors on democratic innovation, experimentation and capacity-building at high-school scale in Cochabamba. I came across him earlier this year via the website Participedia, hooking up by email and then via internet voice calls to share frustrations about the state of democracy.

Adam and his colleagues are doing some great, real-world work in alternative government systems, which includes junking elections in favour of lottery systems to select student government bodies.

The following interview, which we recorded in early June 2015, gives a great flavour of what the work entails.

Feel free to respond in the comment thread or, if you’re involved with a similar project, get in touch for an interview of your own. There’s a big chance what you’re doing holds greater hope for decent, humane government than our current, mangled models.