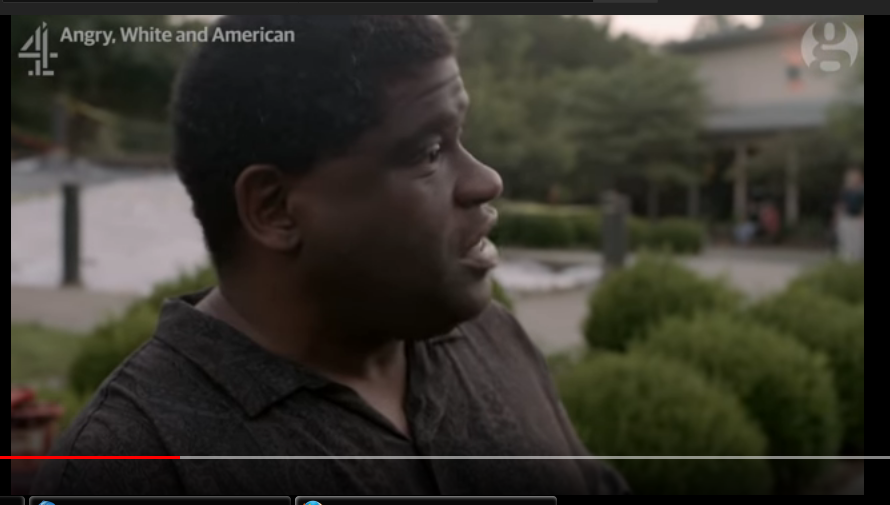 Great job by the Guardian reporter Gary Younge in nailing the US white supremacist Richard B Spencer in an interview.

Exposing spectacular ignorance is the best defence against champions of racism.

Spencer would be comical if he weren’t so dangerous. “If Africans had never existed, world history would have been almost exactly the same as it is today,” he states at 2:20.

Does Spencer know anything? The most basic point is that without Africa, we humans would have nowhere to come from.

This was Younge’s own takeaway from the interview:

When I encountered Spencer at Montgomery Bell park, he emerged carrying a glass of what smelled like bourbon and an entourage of adoring bigots soon surrounded me in the car park.

More odious troll than eloquent polemicist, he claimed, among other things, that Africans had benefited from white supremacy and that, despite having been banned from 26 European countries, Europe would always be more his home than mine.

“If Africans had never existed, world history would be almost exactly the same as it is today,” he claimed. “Because we are the genius that drives it.” Like a vulture preying on the anxiety, and with few alternatives on offer – as much as people cited Trump as the problem, few offered Democrats as the solution – he felt confident.

“People are now aware of the term ‘alt-right’ … I don’t think Trump shares the ideal of the ethno-state … But he wouldn’t have run the campaign that he ran if he didn’t feel some sense of loss, that America has lost something,” he said.

He felt he was gaining influence. This was one of the few accurate things he actually said. And by far the most chilling.”

Younge also wrote an excellent piece that tackled the question of why poor, white Americans had turned to Donald Trump.

Angry, White and American is on Channel 4 at 10pm on Thursday 9 November