Patrick Chalmers was born in Fife, central Scotland in 1966, then spent most of his first two decades in Moray, further North.

He studied mechanical engineering and French at Bath University and journalism at London’s City University before starting as a freelance reporter in Brussels, Belgium. In 1994, he joined Reuters, staying 11 years with the global news agency for postings in London, Kuala Lumpur and back, with reporting assignments elsewhere. During that time he covered the environment, various financial markets, trade and economics and politics, becoming aware of the political threads that joined them all.

Grown disillusioned with the editorial values at Reuters, not least on fairness and balance, he negotiated redundancy in 2005 then moved with his family to France. Once installed, he renovated a house and wrote Fraudcast News, his first book, a biographical critique of democracy and journalism.

Patrick’s activities today include freelance journalism, consultancy for environment and development organisations, teaching at several Toulouse universities and campaigning for fairer government systems and more accountable journalism. He is a practitioner of mindfulness meditation, practising Plum Village’s Five Mindfulness Trainings with the aim of bringing more compassion and understanding into both his personal life and work. 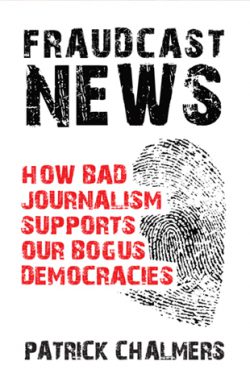